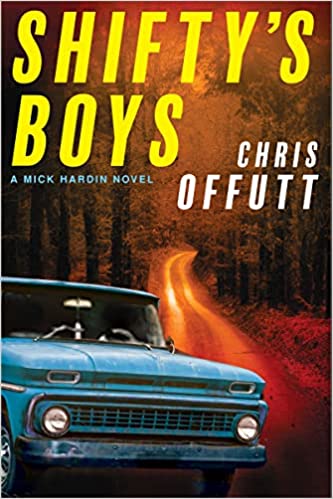 Army CID officer Mick Hardin is back home on leave, recovering from an IED attack when a body is found in the center of town.  It’s a local heroin dealer, and the city police see it as an occupational hazard.  But when his mother asks Mick to take a look, it seems there’s more to the killing.  Suddenly he’s getting shot at himself.

A dark, pacy crime novel about revenge and the surprised hidden below the suface of a town, Shifty’s Boys is a tour de force that confirms Mick Hardin as the most appealing new investigator in fiction.

“How can it be that after just two of Chris Offutt’s Mick Hardin novels I love a bunch of the characters like they were my own family? Here’s hoping Hardin rides for a good long while.”

"Offutt has fashioned a mystery plot that’s fast-paced, efficiently plotted, atmospheric, and compelling, but what again distinguishes the book is the author’s command of and affection for the setting and the people who live there. Come for the thriller, by all means; it delivers nicely. But stay for, and linger in, the marvelous incidentals and atmospherics."

“This is country noir at its most powerful, combining cracking action with crystalline portraits of rough-hewn but savvy characters tragically forced to become "retribution killers" to stop yet another cycle of violence.”

"In elegant, economical prose, Shifty’s Boys is an accomplished addition to the ranks of country noir."

"Readers will appreciate the novel’s respectful portrayal of the contemporary South as they ride along with Mick on his fair-minded, almost spiritual quest to root out the truth."

“A fantastic and compelling new crime novel series…rendered with great page-turning style and thrilling action, infused with insight and wisdom, humanity and affection.  I eagerly await the next Mick Hardin!”

"Offutt follows the beautifully written The Killing Hills with another dark mystery featuring Mick Hardin. Fans of the author’s poetic writing, with moments of sly humor, will welcome this second compelling story of family, community, and grief"

"A tale of vengeance that asks difficult questions about the nature and value of honor, every line delivered with the relentless efficiency of a wolf stripping meat from a bone. More Mick, please."

Other books by Chris Offutt 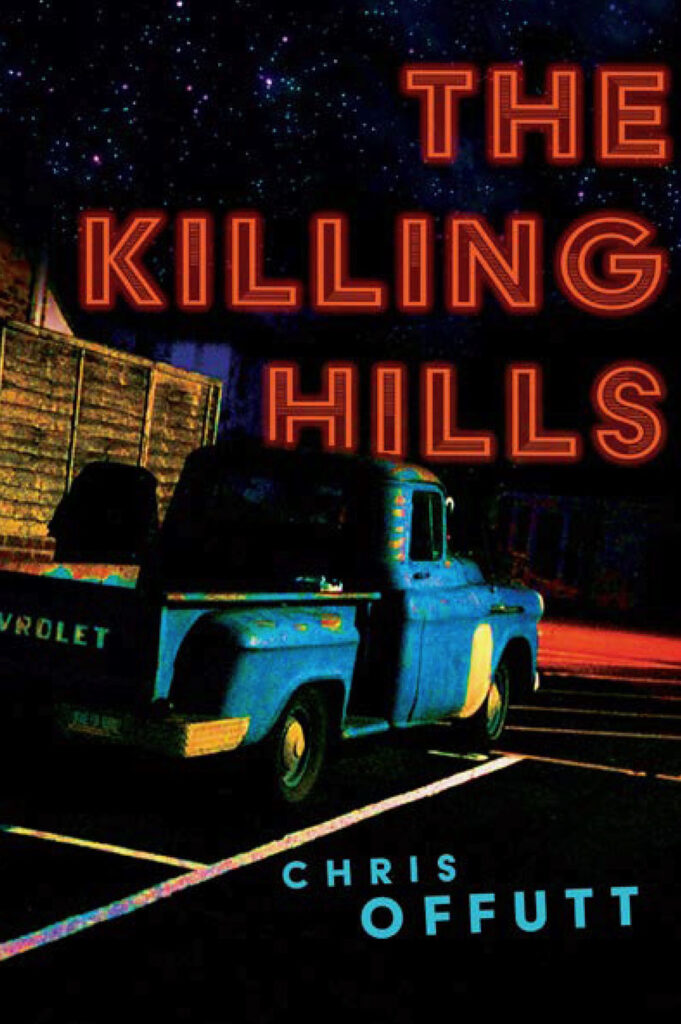 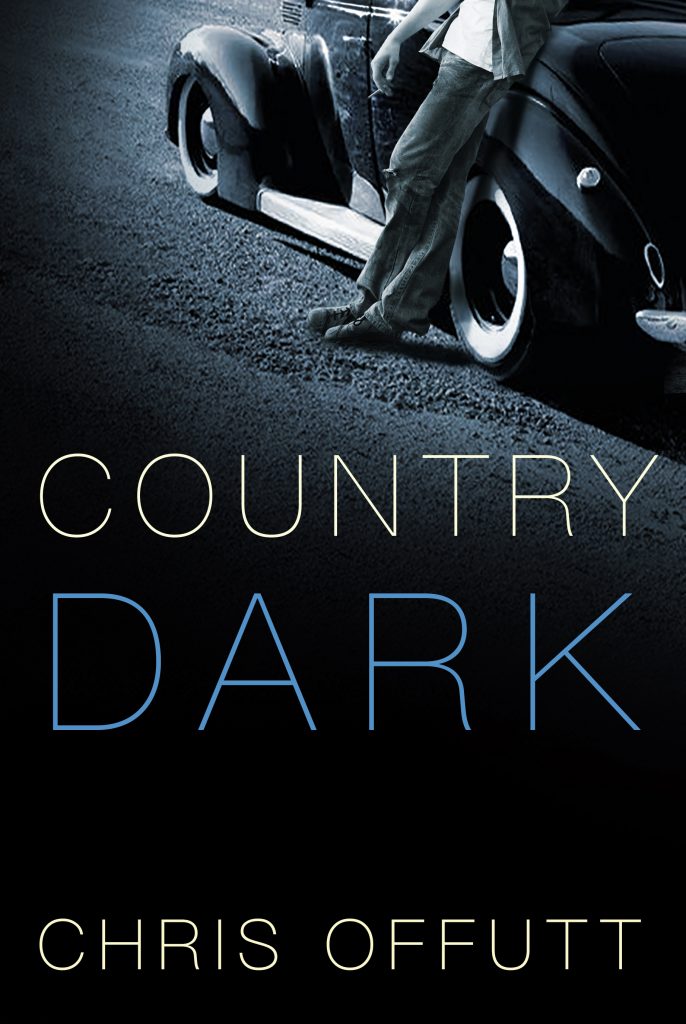 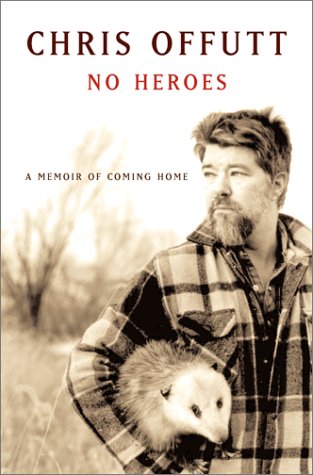 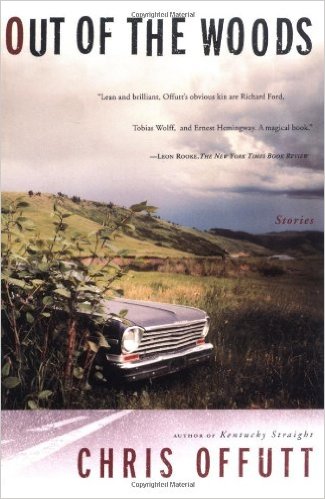 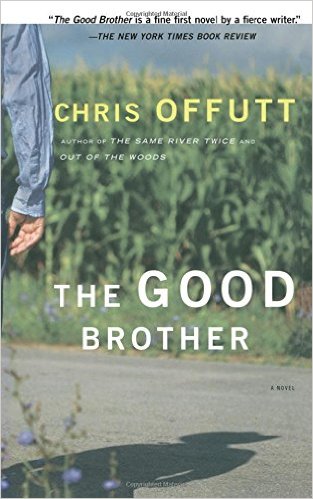 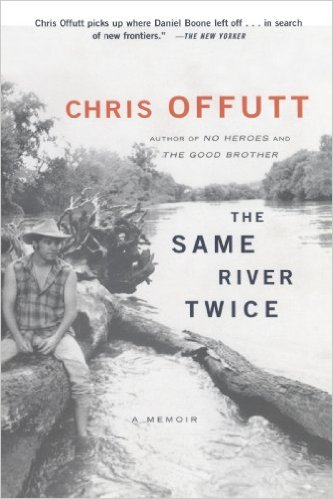 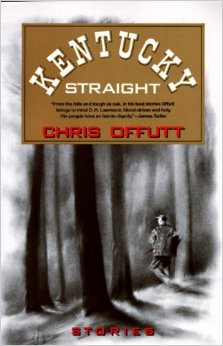 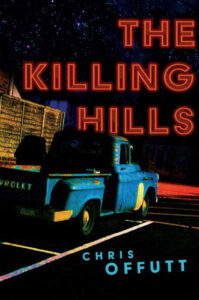 Mick Hardin, a combat veteran now working as an Army CID agent, is home on a leave that is almost done. His wife is about to give birth, but they aren’t getting along. His sister, newly risen to sheriff, has just landed her first murder case, and local politicians are pushing for city police or the FBI to take the case. Are they convinced she can’t handle it, or is there something else at work? She calls on Mick who, with his homicide investigation experience and familiarity with the terrain, is well-suited to staying under the radar. As he delves into the investigation, he dodges his commanding officer’s increasingly urgent calls while attempting to head off further murders. And he needs to talk to his wife.

With an investigator-hero unlike any in fiction, The Killing Hills is a dark and witty novel of betrayal and the way it so often shades into violence.

A Times [UK] Crime Club Pick of the Week

“[A] work of rural noir whose characters’ singular codes lead to constant surprises.”

One of the most sensitive, nuanced examinations of father and son relationships.

A generous reminiscence . . . ruminative and melancholy . . . Offutt somehow manages to summon compassion for his father. That, ultimately, is what makes this memoir so unexpectedly moving.” 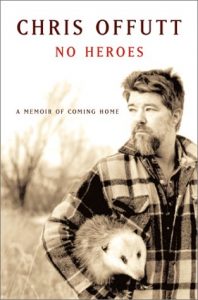 Offutt’s bold refusal to submit to nostalgic sentimentality, even as he admits defeat and forsakes his search for “home,” and his skill as prose stylist set this book apart from the many homecoming memoirs. 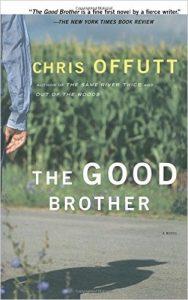 ”The Good Brother” is a fine first novel by a fierce writer. 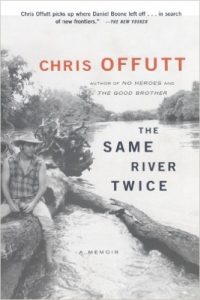 “The story of Mr. Offutt’s journey is so rich and fantastic and desperately honest that it could stand alone. But twined with the slower, lovely wanderings of a man confronting wild nature in the womb of his wife, The Same River Twice is as moving as the current he must cross and recross to find his way.” 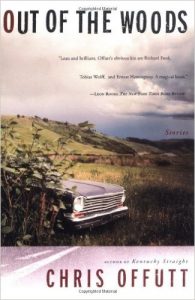 “Wariness is the main quality Offutt’s characters present to their fellow men — that and a devotion to solitude. Yet when Offutt’s characters carry their sense of solitude off to the busier, more populous parts of the American landscape, they can experience a chilling sense of alienation …  For his Kentucky exiles, acting out can become a form of nostalgia.” 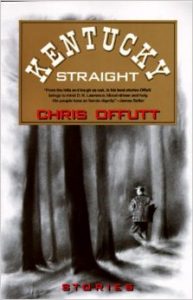 “Mr. Offutt learned to tell stories, which is what he does these days, exquisitely.” 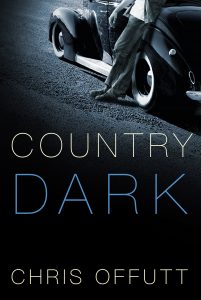 The novel is an undeniable testament to the importance and clarity of Offutt’s voice in contemporary American literature.